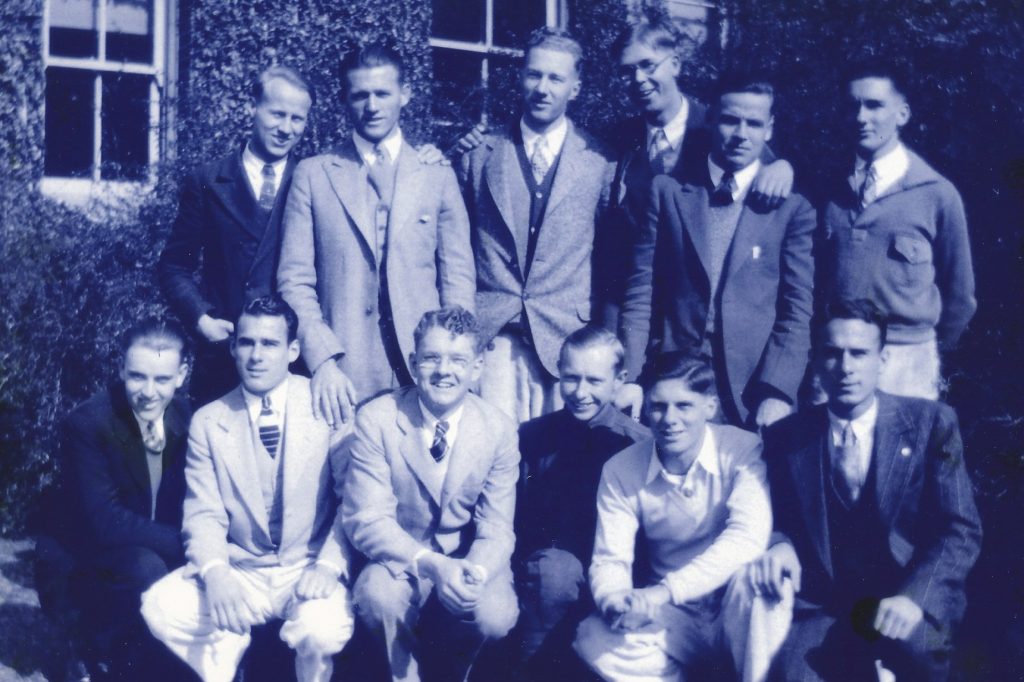 During the school year of 1926-27, three students at the University of California, Los Angeles (UCLA) met during lunch for prayer and fellowship. E. Harlan Fischer, Frank Young, and James Carter looked forward to the establishment of a Christian club on campus. Fischer sent letters to 35 students during the Christmas break. A dinner meeting was held for these young men at the Green Dragon Cafe on January 7, 1927, and 16 gathered there to discuss their possibilities.

Those present at the cafe felt that a Christian fraternity, founded on Christian ideals and fellowship, would be more reputable than a Christian club. E. Harlan Fischer appointed a committee to draw up a Constitution. This Constitution was submitted and accepted at the first official meeting of the Fraternity on February 15, 1927. Twelve men signed as charter members.

In a 1944 letter to the Alpha Chapter at UCLA, founder E. Harlan Fischer wrote, “The primary purpose of AGO was to provide Christian fellowship for born again men thrown into an atmosphere of Godlessness and to give forth a testimony to others of the saving and keeping power of the Lord Jesus Christ.”

Today, over 90 years since the founding of Alpha Gamma Omega, the Fraternity is still committed to the truth of the gospel of Jesus Christ. Thousands of men have served Christ at our chapters and now serve him around the world.