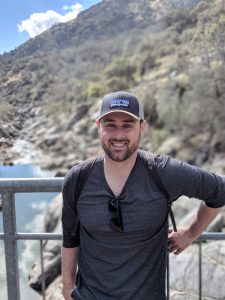 CJ “Vesuvius” Moss was a founding member of the Eta II Chapter at California State University, Fresno. He studied Criminology at Fresno State with an emphasis in Criminal Justice while performing an internship at the Fresno County District Attorney’s Office. After graduating in 2013, he went on to attend the University of San Diego School of Law where he earned his Juris Doctorate and worked for various firms and governmental agencies. Now, CJ works as a Deputy District Attorney in Fresno County where he lives and attends at the Well Community Church. In his free time he enjoys hiking, traveling, and cooking. 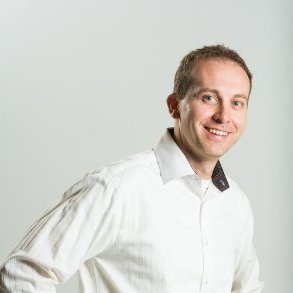 Chris “Wally” Olson was a founding father of the Xi Chapter at University of Colorado at Boulder.  While at school in Boulder he competed as a decathlete and pole vaulter on the varsity track & field team.  He graduated in 1998 with B.S. in Business Administration.   He also completed his MBA from University of Colorado at Denver in 2005.  Chris is a Talent Acquisition Business Partner overseeing all recruiting for VectorUSA in their corporate headquarters in Torrance, CA.  He lives in Torrance, CA with his wife and four children.  He attends Journey of Faith church in Manhattan Beach, CA.  In his free time he enjoys hiking, running, tennis, golf, beach volleyball and enjoying the outdoors.

Brent, originally from Folsom, CA, joined AGO as a freshman at Cal Poly SLO in 2002.  After graduating with a degree in Business – Accounting in 2008 and a subsequent Masters in Taxation in 2009, Brent moved to San Jose seeking new adventure.  After working six years as a CPA in PwC’s Venture Capital tax practice, he now serves Silicon Valley’s clients with Petrinovich, Pugh and Company LLP.  Brent, by way of much blessing, married his dream girl in 2011 and met his first son in 2014.  While not charging billable hours, Brent enjoys his time laughing with (and at) his wife, Crossfit-ing, exploring, learning, playing anything outdoors, hiking, beach-ing, remodeling his home, grilling, eating, traveling, serving, and leading high school small group at Venture Christian Church in Los Gatos. 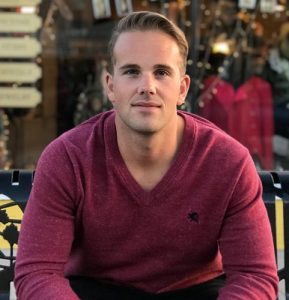 Kevin “Otto” McClintock served as president of the Epsilon Chapter at San Diego State University, in 2015. He was known to travel many of the AGO chapters during his time in college, creating many memories and friendships along the way. He graduated San Diego State University in 2016 with a B.A. in Interdisciplinary Studies in 3 Disciplines; History, Geography, and Education. He is currently pursuing a Master’s Degree in Secondary Education at Grand Canyon University and a California Teaching Credential through an online program. Kevin is a substitute teacher at the Rock Academy, in grades K-12 and an after school program supervisor. He currently lives in San Diego, CA and regularly attends All Peoples Church. He is a 4th generation San Diegan, and huge Padres fan. If he’s not cooking at home, he is enjoying one of San Diego’s delicacies, a “California Burrito.” In his free time he loves surfing, hiking, indoor soccer, weightlifting, beach volleyball, spike ball, reading, and enjoys time at the San Diego Zoo. His favorite verse is Psalms 100:3 and he is big fan of the Biblical hero, King David. 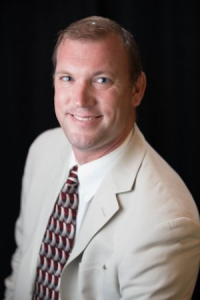 Jon “Pinto” Polly was a founding member of the Omicron Chapter at University of North Carolina at Charlotte.  Jon graduated in 2001 with a BA with majors in Criminal Justice and Anthropology, with a minor in Religious Studies.  After graduation he became a Police Officer with the Charlotte-Mecklenburg Police Department.  Jon began working at the Billy Graham Evangelistic Association in 2004 where he met his wife Tracy.  They have been married since 2005 and have three children; Alexander (AJ), Samuel, and Tobias (Toby).  They live in a suburb of Charlotte, NC.  Currently he is a Sr. Field Engineer with Hitachi Public Safety and Smart City Solutions.  Jon attends Church at Charlotte, an Evangelical Free church in Matthews, NC.  In his free time Jon enjoys playing pool, attempting golf, cycling (road and mountain), and being a foodie.